Touch Football is a simple sport that everyone can play. Watch this short video below to find out all that you need to know to take the field for the first time, whether you’re playing Men’s, Women’s, Mixed or Juniors touch footy!

There are so many reasons that Touch Football is Australia’s largest social sport, with 700,000 participants around the country. At the social level, touch football is one of the cheapest team sports that you can play because all you need to play is a pair of shoes and a shirt! 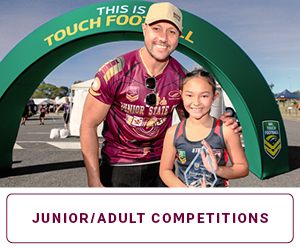