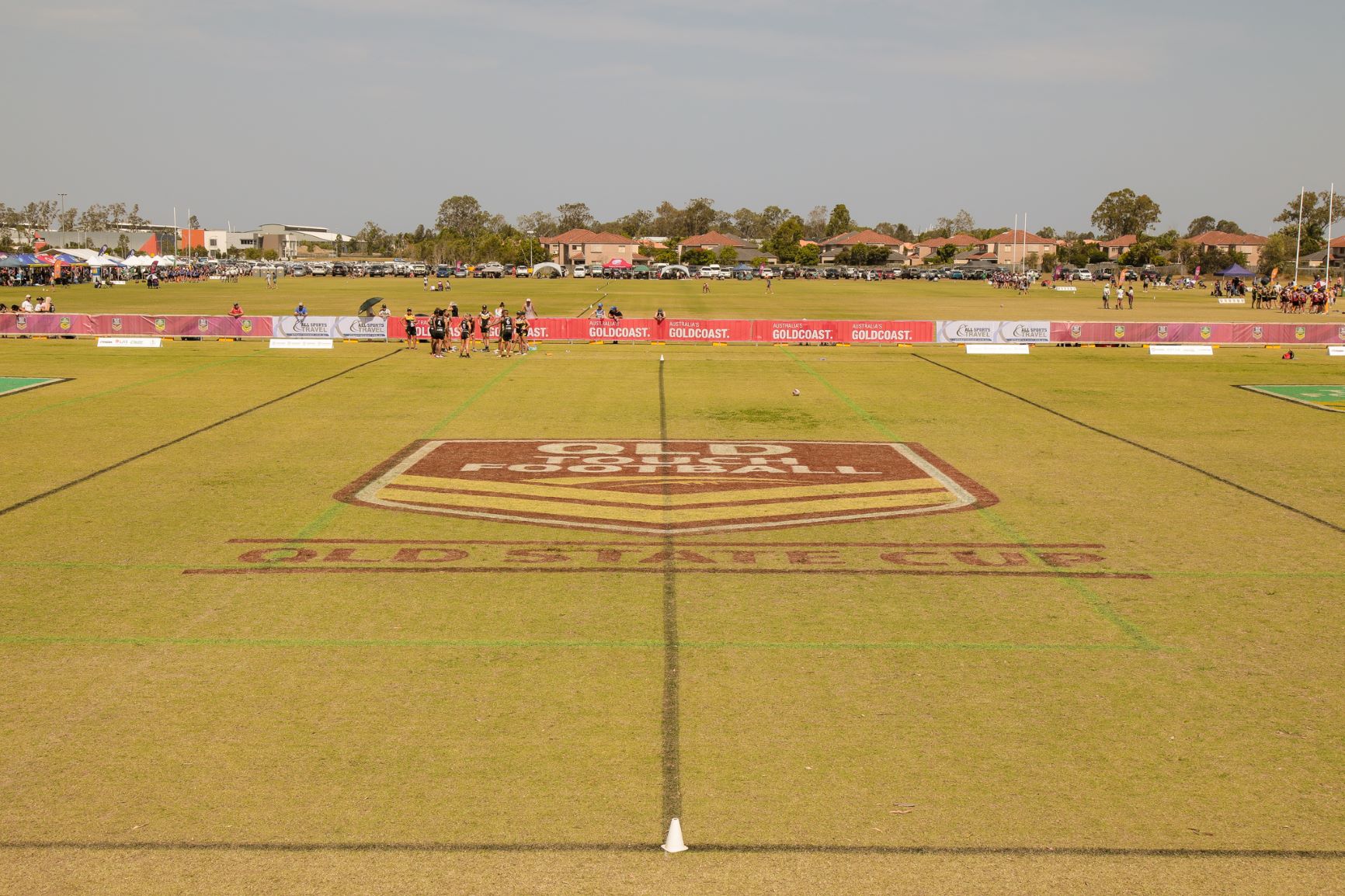 The Gold Coast sure turned on the heat at the 2019 QLD State Cup. 99 teams representing approximately 24 affiliated associations and over 300 match officials and volunteers took part in the event at the Coomera Sports Park between November 29 – December 1.

We would like to thank our ‘Event’ partners for their support of the event, City of Gold Coast, fisiocrem, DSA Images, XXXX, Optus and our ‘All of Game’ partners, Inferno, Steeden, All Sports Travel, College of Sport and Fitness and Eckoo for supporting the event and Queensland Touch Football.

The players endured tough weather conditions, playing in 30-degree heat almost every day of the tournament. Storms threatened to end the Men’s Premier Final at half time on Sunday afternoon as the clouds rolled in, however an adjustment in the schedule and swift presentation delivery, meant all games were played.

The XXXX Beer Garden was jam-packed on finals day, teams, players, friends and family kicking back with a nice cool beverage to watch some spectacular touch football unfold on field one, which is what it’s all about, having fun with your mates!

On the field, there was some exceptional touch footy played, which showcased some of the NRL Touch Premiership players and experienced veterans. The international Japanese team, the Honey Bees only managed to secure a single win in a tough Women’s Premier division.

A huge thank you to all affiliates, teams, players, coaches, referees, and volunteers, your contribution to this event does not go unnoticed.

We’re excited to announce we will be back next year – bigger and better, so bring it!

Congratulations to all winners and players of the final.

Enter into our latest competitions and win with QLD.